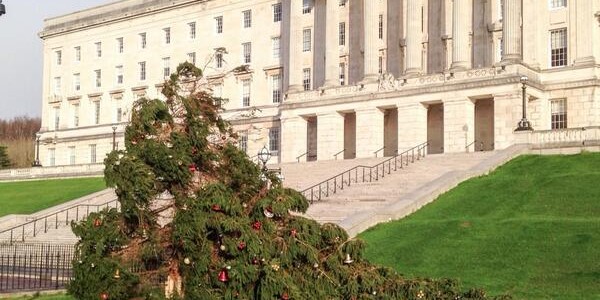 So when we said it was the most important Christmas tree in the country after posting about installing it, we weren’t too far wrong!

Twitter and Facebook had pics, posts and tweets galore when it was blown over by the unforeseen high winds that battered the UK.

So as we have been involved with the installation, the post storm clear up and now the restitution of the Stormont Christmas Tree, we thought people would like to see it back and proud again.

The gallery below consists of the photos of before, after (from Twitter) and then after again.

Stormont Christmas Tree-before, after and after again