Do you have everything you need before Christmas? 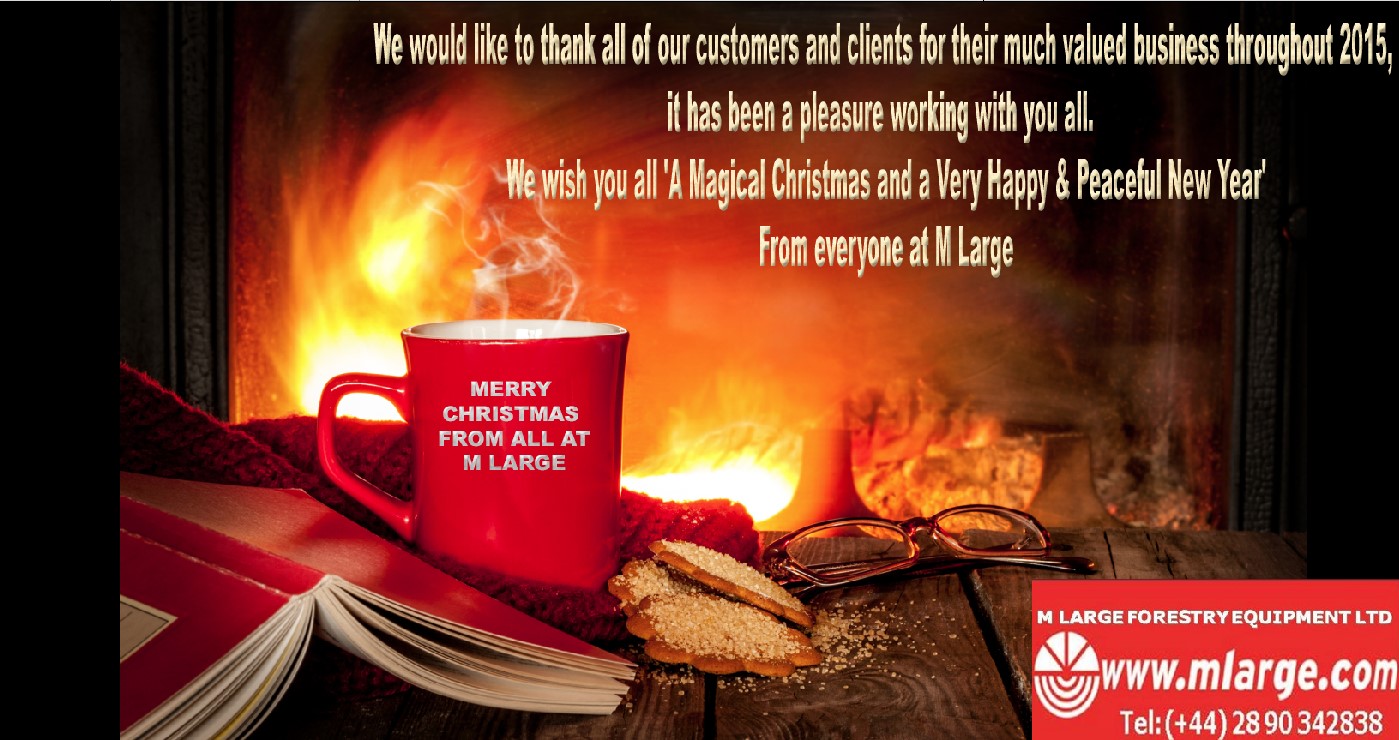 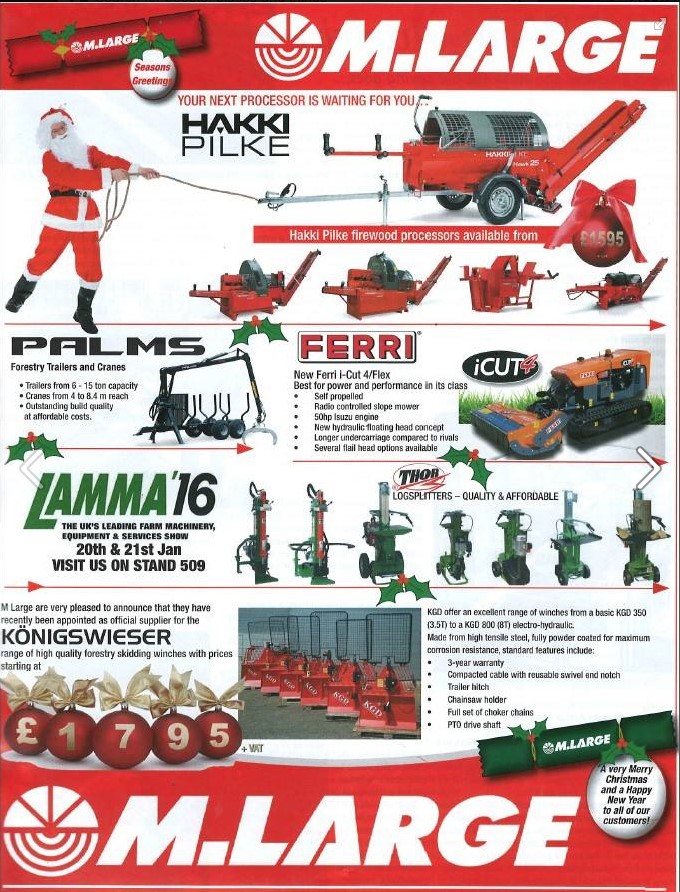 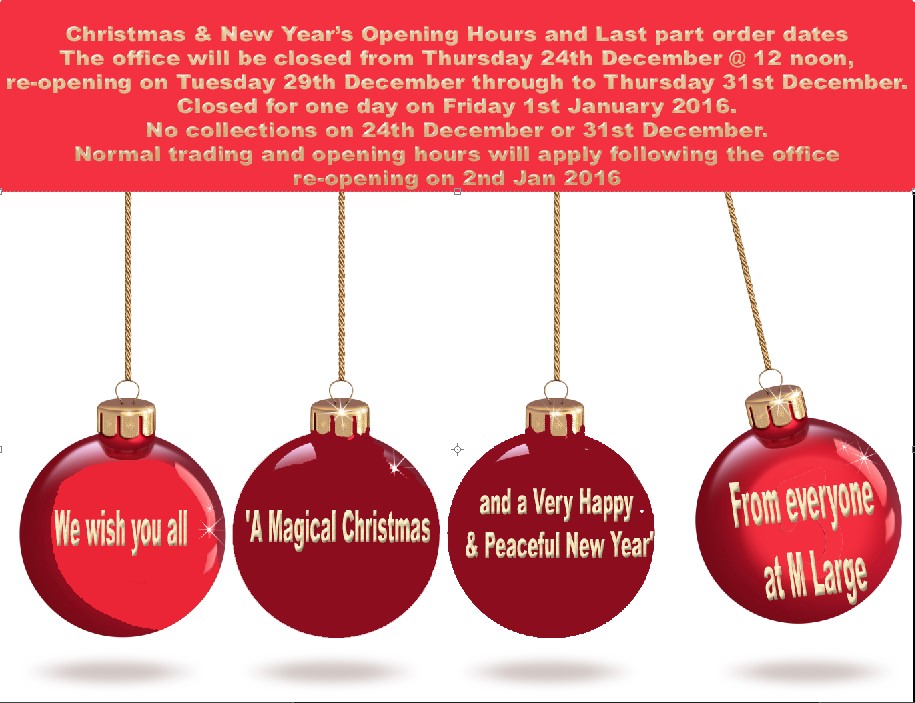 • In June M Large become distributor for FERRI forestry mulchers
•
• In September after many years, Tory lane received a long over due facelift! Good News for our customers and staff alike! We also celebrated the Boss’s 65th birthday!

• In November we became the official suppliers of the Konigswieser range of Forestry skidding winches AND wait for it Atlas & Effer Cranes
•
• Which brings us to the end of the year which saw the Belfast City Hall Christmas tree going up along with hundreds of others throughout the country.
•
• Happy Christmas & Happy New Year to Everyone.